Sancerre or Pouilly-Fumé? Do you know the differences? 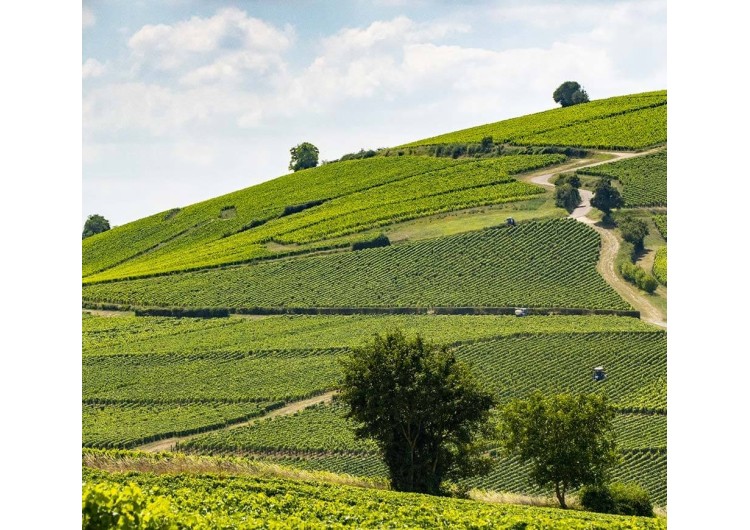 What are the main differences between Sancerre and Pouilly-Fumé?

Despite its close physical proximity and some stylistic similarities of its wines, Pouilly-Fumé has not attained such wide popular status as Sancerre.

"In the 1980s in France, Pouilly-Fumé was thought to be more 'chic' than Sancerre, which was generally considered to be a 'bistro wine' with a cheaper price." - says Pascal Jolivet, proprietor of Domaine Pascal Jolivet in an interview on wine-searcher.com in 2019.

They have some things in common, but in this article we unfold what are the key factors responsible for the main differences?  Let’s consider the similarities of the two AOCs (Appellation d'Origine Contrôlée) first.

-       The two appellations (separated by a quick car ride across the Loire River) share the same cool, continental climate and limestone-clay hills slashed with bands of silex, a clay-flint mixture.

-       Both Sancerre and Pouilly-Fumé have been growing vines for centuries and were officially established as AOCs in the 1930s.

-       Both Sancerre and Pouilly-Fumé have become the synonym of the clean, crisp white Sauvignon Blanc.

-       The prices of the two appellations are now quite the same as they have equal reputation (but Sancerre is more widely known because of historical reasons).

The major differences come from the terroir. The terroir means everything including soil, mezo- and microclimate, the sun exposure of the vineyard on the slopes, the depth of the grapevines rooted in the soil etc.

-       Although they are very close to each other (basically they are on the opposite sides of the Loire river), the elevation of the vineyards are slightly different. While Sancerre is grown on slopes, Pouilly-Fumé is quite flat, so the harvest happens earlier there as it reaches perfect ripeness sooner.

-      The soil of Sancerre is flint while Pouilly-Fumé is Kimmeridgian soil (originated in the Upper Jura period around 150 million years ago and it's full of fossilized oyster shells as it was ocean once), the same soil we can find in Chablis, Burgundy.

-       The Sancerre wines have shorter lees ageing (usually 3-4 months) while Pouilly-Fumé is on its fine lees around 6-8 months (depending on the vintage). Lees is the fine sediment of dead yeast cells on the bottom of the barrels which gives extra texture and complexity to the wine.

-       The Pouilly-Fumé AOC is mandatory 100% Sauvignon Blanc while Sancerre AOC has red and rosé production from Pinot Noir grape.

-     Sancerre became more widely known with the so-called 'bistrot culture' as originally the wholesale price was cheaper than a Pouilly-Fumé, which originally had a higher entry price. This was because Pouilly-Fumé land costs were higher.

-      The rise in popularity of the more affordable Sancerre encouraged growers to increase production to meet demand and it is now roughly 3 times more, than Pouilly-Fumé (in hectoliters) and its popularity then gave the opportunity to increase the price to that of Pouilly-Fumé.

-      Sancerre is named after its central, hilltop town, which is fairly simple to pronounce in many languages. Pouilly-Fumé, an amalgamation of Pouilly-sur-Loire, the appellation's central town, and Blanc Fumé, the local name for Sauvignon Blanc, is more difficult to pronounce and somewhat confusing fo many wine drinkers as the name is so similar to Puilly-Fuissé, which is a Burgundy and Chardonnay blend.

Jean-Max Roger is an historical name in the Loire region, first mentioned as winegrowers in the 17trh Century. The winery began operating as a small family business in the early 1970’s and today Jean-Max together with his two sons Thibault and Etienne continue to define the estate’s identity, producing excellent wines.

I wanted to understand the  differences better so I  tasted them together,  to evaluate them. The key is the nose as it reveals the differences of the two types of the soil. The Sancerre 'Cuvée Les Caillottes' 2021 fully expresses the stoney calcareous “caillottes” terroir it hails from. White grapefruit, lemon, citrus blossom, wet limestone nose and citrus fruit freshness on the palate with salty mineral, almost flinty finish in the aftertaste. Classic Sancerre with bright aromas, really refreshing and easy with quite moderate alcohol considering  the fact that some Sancerres go up to 14-14,5 % of alcohol.

On the other hand the Pouilly-Fumé 'Cuvée Les Alouette' from the same “caillottes” terroir is quite different: slightly darker in colour (because of the longer lees ageing), a bit more viscose. It's very expressive on the nose with some white peach, waxy yellow apple mixed with slight vegetal and strong gunpowder tea notes. Elevated acidity, although the 2020 vintage has a year more in the bottle than the Sancerre, but still vibrant also more round. White peach, ripe red apples, ripe white grapefruit on the palate, so the core taste is quite similar to Sancerre, but the nose is really different: the Sancerre brings the bright citrus freshness while the Puilly-Fumé brings riper, rounder fruit profile with the gunpowder character and great chalky minerality.

 Can not login without email!

 Can not login!

Please contact with us or try to login with another way

Thanks for logging in